In the struggle to find staff, what are the reasons behind the labour shortage? 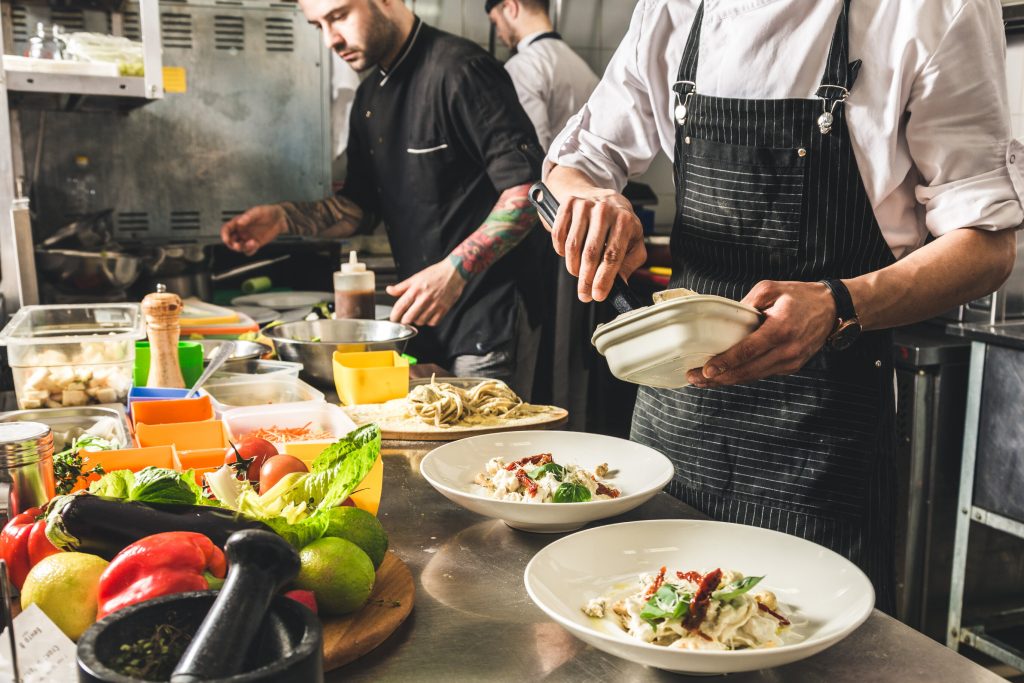 One of Lindsay, Ontario’s premier dining spots, Hobart’s Steakhouse, is closed until the fall — despite restaurants getting the green light to open from the province.

That’s because they can’t find enough people to make the food.

In an Instagram post from July 13, the restaurant writes that “without more help we cannot in good conscience be open to serve guests and not ensure our quality of service is achieved.”

The steakhouse is recruiting “for servers and all levels of kitchen positions.”

Bryce Saunders, general manager of Hobart’s, says “we don’t have any back-of-house staff so nobody to cook, so that’s why we’ve had to temporarily close.”

Erastus Burley, manager of the Pie Eyed Monk in Lindsay, sympathizes with Hobart’s, a restaurant he says that has “deep community roots.”

The Monk is also experiencing severe staff shortages. They would normally run with 40-45 people counting the restaurant, events, and the brewery. Instead, half that number of people are pulling long hours to keep everything going.

“Everyone’s exhausted,” says Burley, but at least the business is shattering past sales records.

“We’re not going anywhere – we really want to employ people from our community,” he says.

So where, then, are those people?

Brenda Roxburgh is the executive director of Victoria County Career Services (VCCS), the area’s main employment agency. She, too, is seeing less volume of people come through their doors.

“We’re not seeing the same volume of walk-ins, even if just to access job postings,” she says. “I think the reason is they’re anxious. They’re anxious about working during COVID.”

She says even her own fully vaccinated staff are a bit nervous about meeting people face to face.

As well, there’s more uncertainly during a pandemic, she says, when people are worried about taking work that will just end up getting shut down again if COVID cases were to spike.

Roxburgh rejects the notion that the main reason people aren’t working is because of generous federal benefits, namely the Canada Emergency Response Benefit (CERB), which has been extended until Oct. 23.

Even when it does end, she says it’s not as if there aren’t other benefits to access. “EI (Employment Insurance) criteria has changed for the better,” making it easier to get if needed.

“You can’t live on minimum wage in Lindsay anymore. There was a time when that was possible, but it’s long gone now. Housing costs are ridiculous. People are often not guaranteed a full-time work week with a predictable pay cheque. It’s the precarity that’s the problem,” says Roxburgh.

Precarious work – also known as the gig economy – has ballooned over the years and can be characterized usually by low wages, unpredictable and on-call work, usually with no benefits.

The executive director says if someone is stuck in precarious work and they’re unsure about childcare or perhaps elder care if looking after an aging parent, then “they can’t be at someone’s beck and call. They need to know they have steady work.”

That’s why if an employer is having a hard time finding staff, “we gingerly highlight their wages,” says the executive director, especially if they are only paying minimum wage which is $14.25 in Ontario.

While minimum wage is the legal amount an employer must pay, a living wage reflects what earners in a family need to bring home based on the actual costs of living in a specific community. A living wage is $18.42 an hour in Kawartha Lakes, according to the Ontario Living Wage Network, the third highest in Ontario after Toronto and Haliburton.

The living wage is calculated based on the needs of a family of four with two parents each working full-time, all year.

The Pie Eyed Monk’s Burley says they have raised their wages from $2-4 an hour, with cooks making as much as $22 an hour and even dishwashers starting at $15 instead of minimum wage.

Boston Pizza in Lindsay had a sign up recently advertising full benefits for employees who want to work there – something uncommon in the restaurant industry. Another business offered a $250 sign-up bonus for new employees.

Chad Broad, general manager of Home Hardware in Lindsay, agrees with Roxburgh that a key reason some people aren’t going back to work is because of fears of COVID and a fourth wave. However, he isn’t having any staffing issues, something he chalks up to the steady hours and fair wages he gives his staff.

“My family and I couldn’t survive on the (federal) grants. I think a lot of people do work, and luckily I’ve got committed people here,” he says, including lots of students that need a job to pay for school.

Home Hardware employees also make above minimum wage, even when they first start, whether student or adult. The job comes complete with available benefits if they want (for a small deductible) – a benefits plan that Chad says is “very good.”

“People here are team players and happy to work here. I look after them. They’re my staff. They’re like family.”

Roxburgh says she feels for restaurants and small business owners, as lockdown restrictions have not made doing business easy.

As the labour market seems to be tilting in favour of employees over employers, Roxburgh said that’s “not a bad thing.”

“CERB proved in March 2020 that there’s a capacity for basic income, as well as a need,” said Roxburgh. A basic income is an unconditional cash transfer to individuals available in times of need. Ontario had a basic income that was being piloted in three cities, including Lindsay, but it was prematurely cancelled by the Conservative government once it took power.

“People want to contribute but they also need to live. When you cannot meet your daily and monthly expenses this leaves little option,” says Roxburgh.

“If certain industries can’t eliminate precarity, then a basic income could let someone work and survive.”

—This article was originally published at lindsayadvocate.ca