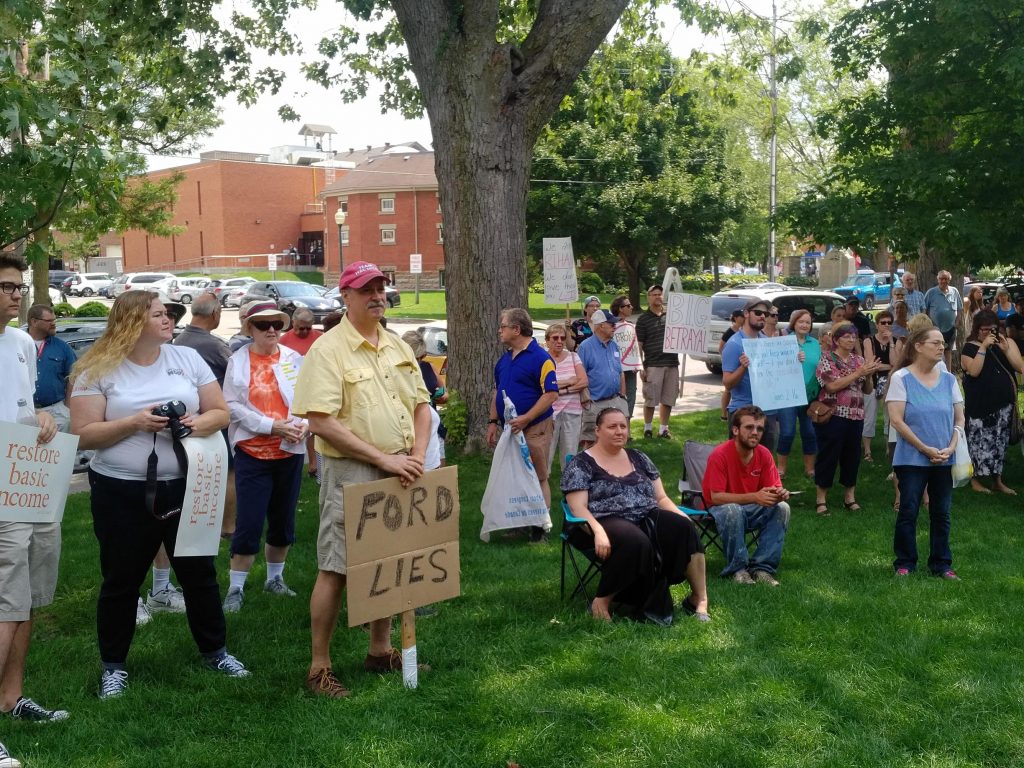 Floyd Marinescu is a Canadian CEO who has an interesting hotel story. When he was staying at the Hyatt in New York City in the last few years, the manager happened to mention how he needed 2,500 people to run his hotel in the 1980s. Thanks to automation, he now runs the hotel with 1,500 people.

That’s one of the many reasons to support a basic income: Automation is ravaging the work we do.

Marinescu is one of about 130 Canadian CEOs and business leaders who want to see a basic income policy for Canadians. And it’s not just because of automation.

These business leaders see $85 billion a year already being spent on cash transfers to Canadians to alleviate poverty, and yet all we’ve done is maintain it. We already know poverty kills people, so a basic income would literally save millions of dollars in health care costs alone. We also know it is cheaper to keep someone out of poverty than it is to increase services and create more regulation by maintaining too many social programs.

In fact, we’re very good at regulating poverty. My first interview here locally with then-councillor Doug Elmslie, in the Advocate’s first year of existence in 2017, touched on the subject. “I just get the sense that we’ve created an industry called poverty,” Elmslie said at the time. He also acknowledged that basic income may be a big part of the solution.

At the time, the Ontario Basic Income Pilot was running here and in two other regions before Premier Doug Ford engineered its premature demise, without the benefit of full data from the pilot, in one of his first acts upon taking power.

So Ford, and others like him, obviously prefer the continued regulation of poverty, rather than the elegant solution of deregulating it through a simple basic income. Not a very business-friendly mindset.

Most of us know what has happened to manufacturing jobs once globalization and automation took hold. It devasted western economies while developing nations reaped the rewards. But all those western-based CEOs did just fine, thank you very much, as this extreme form of capitalism left a small cadre at the top richer than ever.

Marinescu points out that a basic income would help share those gains so it’s not just the owners at the top reaping the rewards.

Basic income isn’t dead as a policy choice, despite what happened here locally. Other more enlightened leaders around the world continue to experiment and innovate to create a fairer, more prosperous society for all.

–this column was originally published in The Lindsay Advocate here.

PrevWhy anti-poverty researchers bristle at holiday appeals for food bank donations
This group of politicians is digging into how basic income could work in N.L.Next